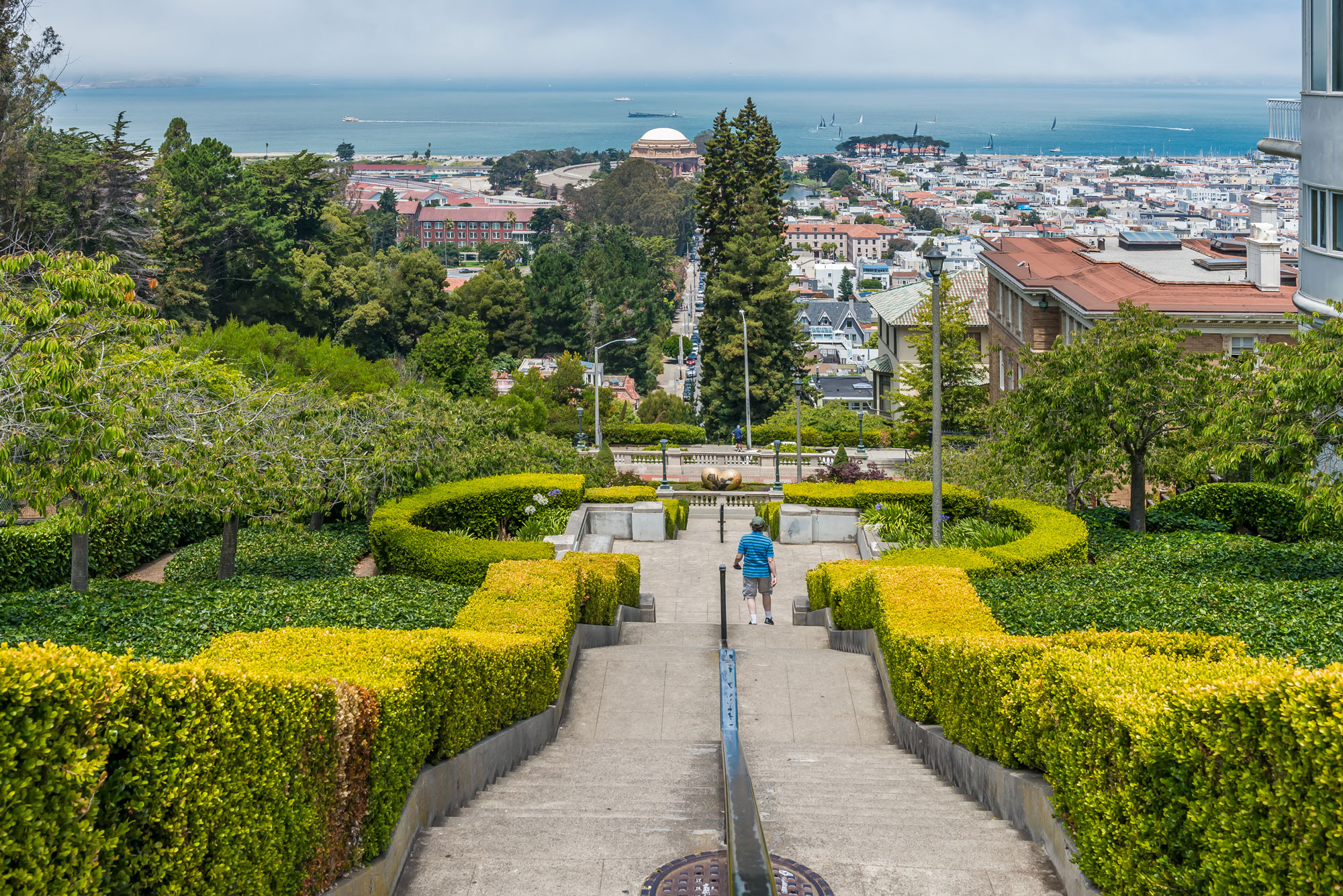 Situated on the east-west ridge that rises steeply to almost 400 feet above sea level from the Marina district and stretches to the Presidio on the north and west, Pacific Heights and Presidio Heights are truly the crown jewels of San Francisco. These neighborhoods were first developed in the mid 1800’s and further improved around the turn of the century, after the 1906 earthquake. Located in a temperate micro-climate, The Heights enjoy more sunshine and less fog than many other neighborhoods in the misty city.

This is the cream of the crop for SF residential neighborhoods; good for singles or families, young or old. They represent the priciest neighborhoods in the bay area. With a mix of large vintage architecturally significant homes, condos and co-ops, some of the most interesting San Francisco residents call this neighborhood home. Old money, start up founders, financiers, city leaders, philanthropists and everything in between.

The most scenic streets, Washington, Jackson, Pacific and Broadway along the crest, boast spectacular views of the Golden Gate Bridge, the Marin Headlands, Angel, Alcatraz and Treasure Islands. Lafayette Park and Alta Plaza are the two main open areas in Pacific Heights, with Presidio National Park is the western boundary. The Heights boasts many of the major residences in the city. The hill is populated by lovely multicolored painted Victorians, Mansions and Châteaux. Many countries locate their consulates in the Heights including England, Germany, Greece, Italy, Portugal, Russia, Korea, France, Indonesia and Egypt.

Union Street, with higher end shops and boutiques such as Ralph Lauren, Marc Jacobs and Armani
Upper Fillmore Street has great neighborhood services and shops
Outer Sacramento Street which is less commercial, but has many physicians plus some designers and lovely restaurants.
California Street and Laurel Village shopping center.

There are also exquisite parks, Alta Plaza and the newly rebuilt Lafayette Park as well as Presidio National Park & Golf Course plus many playgrounds such as Julius Kahn with its tennis courts. With these kinds of outdoor facilities as well as a significant café crowd, the buzz is lively and stimulating.