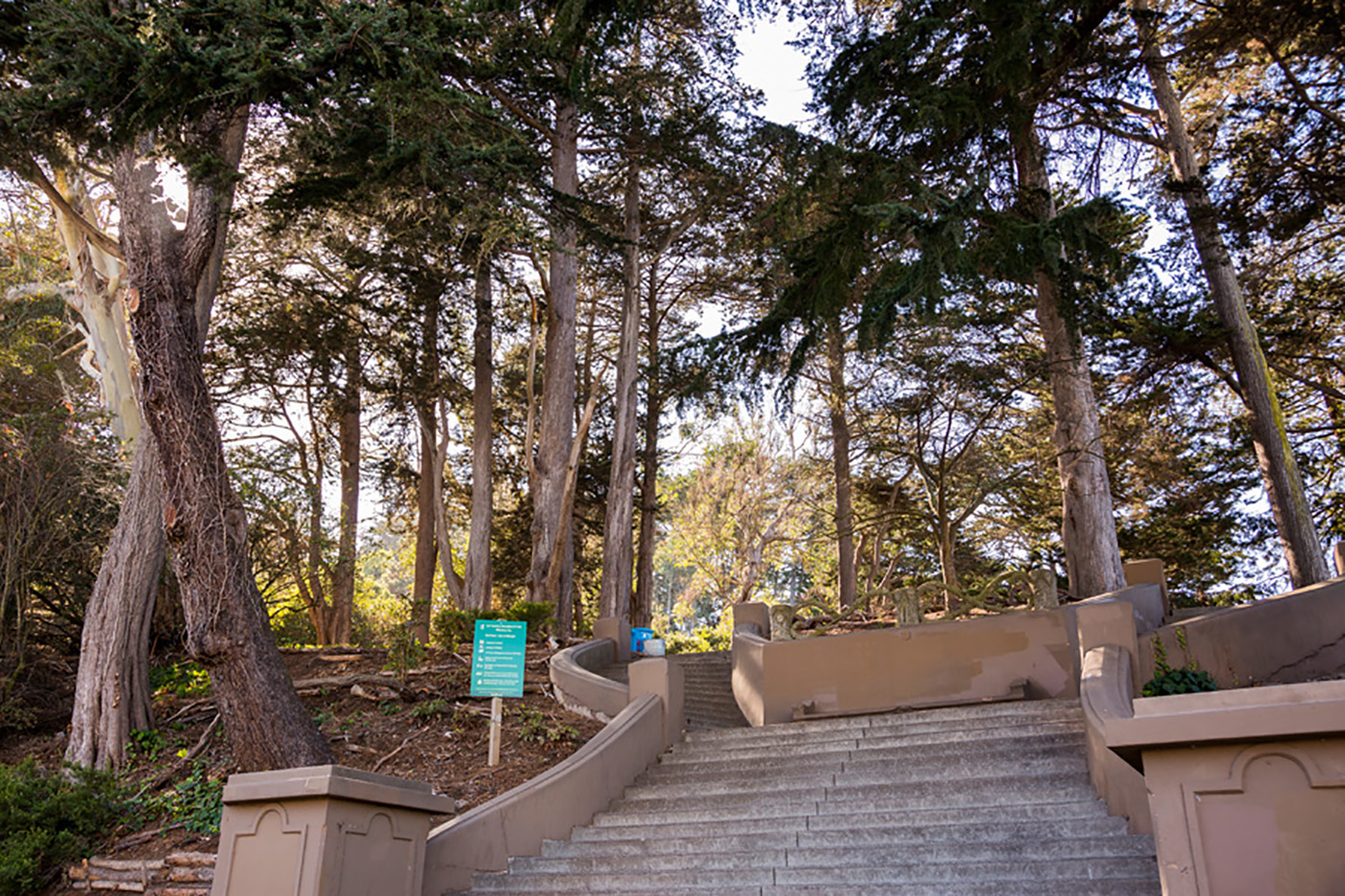 Buena Vista Park was created in 1870 by the same legislation that created Golden Gate Park. At that time the area had long been owned under pre-emption claims, but remained unsettled except for a very few farm houses. Owners whose land was taken for the park were compensated, and the city’s Park Commissioners allowed the park to remain in its natural state for some decades, until the neighborhood became more settled. Thus, the decision to purchase land for Buena Vista Park, for the benefit of a future generation, was far-seeing.

The main change to the park in its early years was the result of grading Haight Street as a thoroughfare. This grading left a bluff at the northern edge of Buena Vista Park, and whenever there were heavy rains, earth would collapse from the hillside onto the street. The earth was then carted off for gardening use in Golden Gate Park.

A plaque in the park states that the park was developed in the 1890s. However, the concrete staircases and paved paths in the park appear to date from a later time. A newspaper article from 1895 describes the park as “neglected and barren,” adding that “no one would now believe that it is a public park.” Another article in 1896 reports that neighbors had organized as the Park Hill Improvement Club, and were urging the Park Commission to make improvements. The paper reported, “the Park in its present condition is declared to be a disgrace to the city. It is a barren piece of land containing thirty-six acres and is covered with a growth of scrub oaks.”

As far as is known, not until 1910 did the Park Commission request $25,000 from the city supervisors to develop the park. Work finally began in 1912 and was completed in 1913, to a plan devised by Parks Superintendent John McLaren. This work, costing $15,000, included grading the eastern slope of the hill, making a driveway to the top of the hill, widening an esplanade there, grading a new footpath from Buena Vista Avenue to the top, building a staircase from a sidewalk to the top of a terrace, and planting thousands of trees. This work was formally dedicated in April 1913. The next year, the Haight and Ashbury District Improvement Association requested another $25,000 for Buena Vista Park improvements. It may be that the staircases leading into the park and the pathways in the park were built in stages over time.