The East Cut: A Walk Through the Past and Present in One of San Francisco’s Burgeoning Neighborhoods 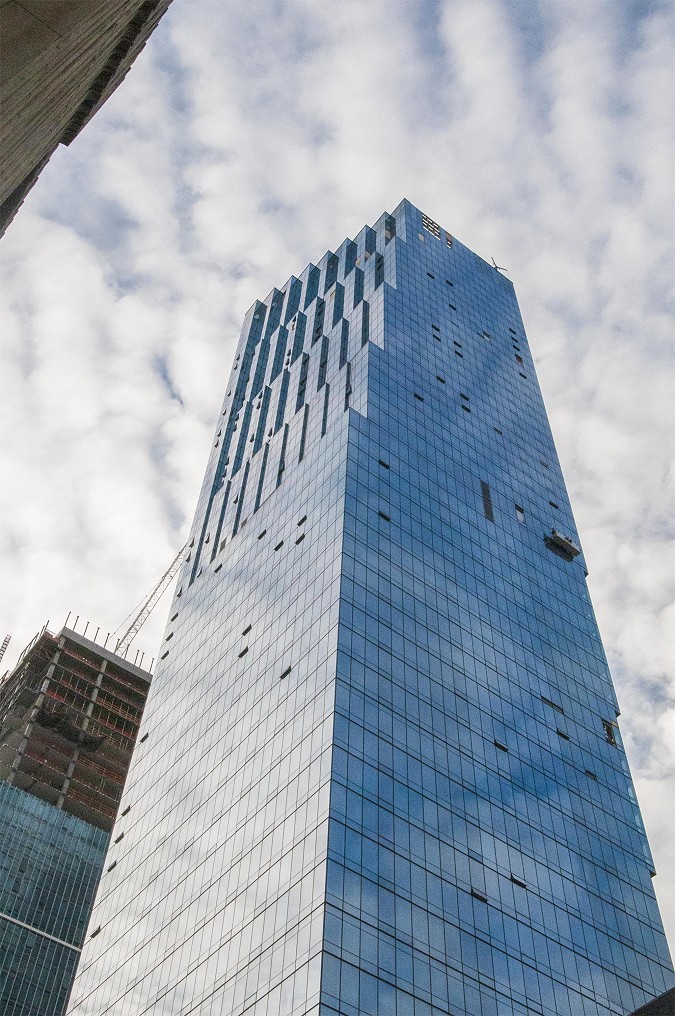 Like much of San Francisco, the East Cut has garnered a reputation for cycles of development and redevelopment. This neighborhood is outlined by the borders of Rincon Hill, Folsom Street, and the Transbay Terminal, and is highlighted by new luxury condominium towers such as the Avery, the Harrison, and Jasper: San Francisco. Nestled among contemporary buildings are preserved homages to past architecture. On a cold winter morning, I took what would be the first of several walks through the East Cut with Vanguard Properties agent Tom Cacciotti, an expert of the area. Among our many similarities, Tom and I are native New Yorkers who migrated to San Francisco and didn’t look back. Careening through downtown San Francisco with Tom helped me gain a little love back for the city I left behind.

The congestion of the East Cut reminded me immediately of downtown Manhattan. The major difference in my experience with Tom was he made time to stop, see the sights, and speak to each other about what we witnessed on the street. A curious navigator, Tom outlined that for him, to walk is to learn. For this reason, he takes his time. He saunters each day from his apartment in the Tenderloin to the Vanguard Properties New Montgomery office. Tom walks during his lunches, he walks to the same places, and new places. He walks to the sites of buildings being built. He walks to places abandoned. He walks to the old buildings we explored together. There is no rushing. Through walking, he looks for a story. In this way, he is both a perpetual master and student of San Francisco’s changes. 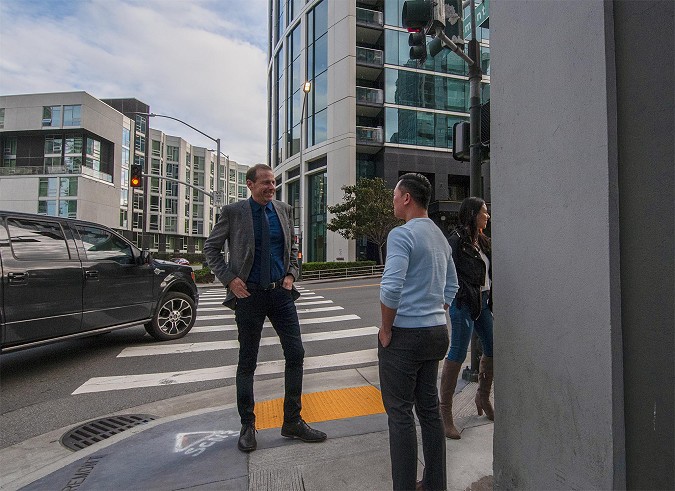 Tall, spry, educated, strikingly handsome, Tom is an elegant Italian-American Bronx native who speaks with an impassioned inflection, elongating his vowels with a similar New York accent my mother has. I felt an immediate connection to him. Equal parts gentle and enthusiastic, he was ready to teach me about one of his favorite San Francisco neighborhoods. Tom outlined how the East Cut has avoided erasure of the past despite new developments. The jarring juxtaposition of old and new coexist with unassuming casualness. This balance honors previous standards of luxury and aesthetic and the historical context of these standards. The adjacency of old and new showcases various intersections of history at play in the East Cut. Take for instance that the Avery, a contemporary luxury high rise, is within proximity to a Brutalist building. While new Brutalist architectural developments are generally defunct in the United States, this style still exists on a corner in San Francisco. Standing on one street in the East Cut gave me an opportunity to simultaneously examine past and present. 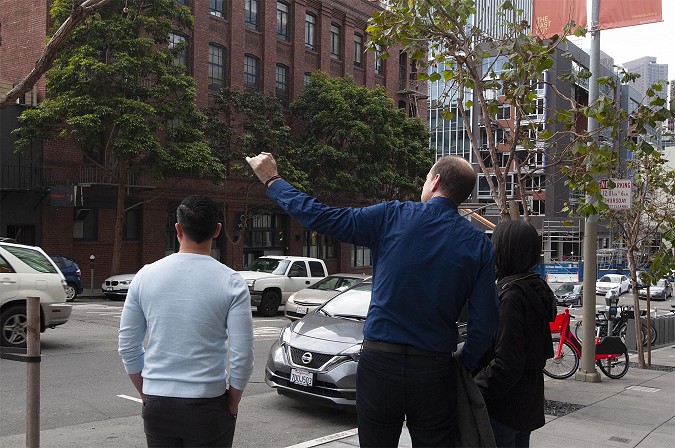 The Brutalist building in question is a PG&E substation located at 401 Folsom Street. Next to the reflective glass buildings, this particular opus seemed to occupy the block with cold calculation. Brutalist architecture originated in 1950s and 1960s with raw concrete design. As a direct response to the opulence of 1920s and 1930s architecture (think Art Deco grandeur), Brutalism maximized simplicity to combat hectic energy. The same can be said of the quiet contemplation this particular building commands in the evolution of the East Cut. While Tom explained that the East Cut has garnered a reputation as an up-and-coming neighborhood in San Francisco, this silent module of outdated architecture somehow remained. Through the windowless concrete, there were stories I later learned about my partner; Brutalist architecture was common when the former Soviet Union occupied her native country of Uzbekistan. She told me about going to school in Brutalist buildings, and existing within Soviet influence in her home country. Tom’s eyes and expertise helped me learn more about my partner’s past as well as the historical context of how architecture fits into political spaces. 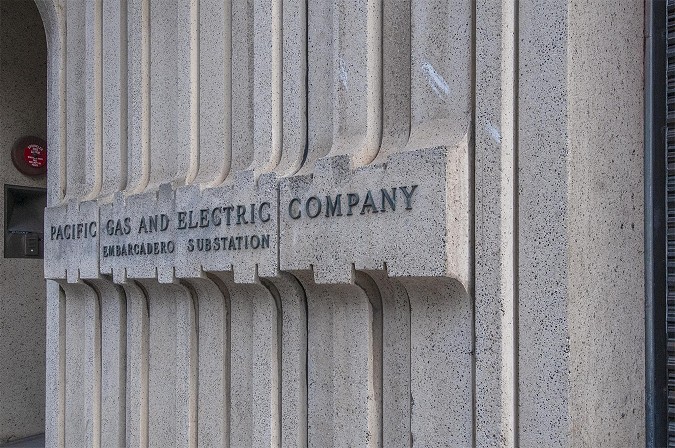 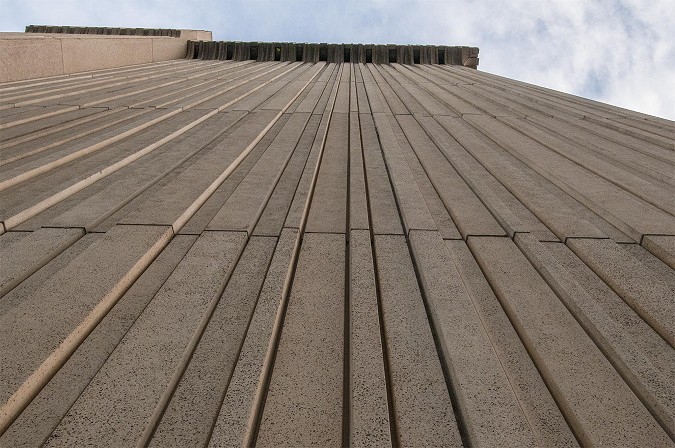 On the same walk, Tom and I paused in front of the last remaining labor building in San Francisco. 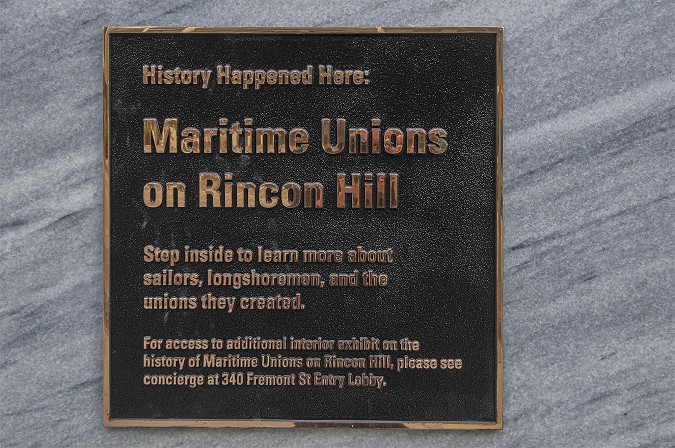 Located at 450 Harrison Street, and constructed by the Sailors Union of the Pacific in 1950, this building features gold art-deco era details preserved impeccably among the constant change of the East Cut landscape. Designed by San Francisco architect, William Gladstone Merchant, the art-deco quality stands out among sleeker developments in the East Cut. Some trademarks of art-deco include curvatures in a facade, circular windows as homage to submarine windows, and a cascading outline. There were also two monuments that adorned the facade, both sculptures of important figures in the Sailors Union. Their history was etched underneath their bronze faces. Other little details of the building paid homage to the maritime nature of the union: from sculptures of fish and sea creatures embedded into the facade, to molding that mimicked sailboats. Tom reminded me workers once stood in the very place we stood in 2019, crafting this building with their hands, hoping to put a story of their union into something more permanent. Despite the earthquakes, and droughts, despite the physical revisions of this city, that building remained among nouveau glass surroundings. The stories don’t end within the old buildings, however. 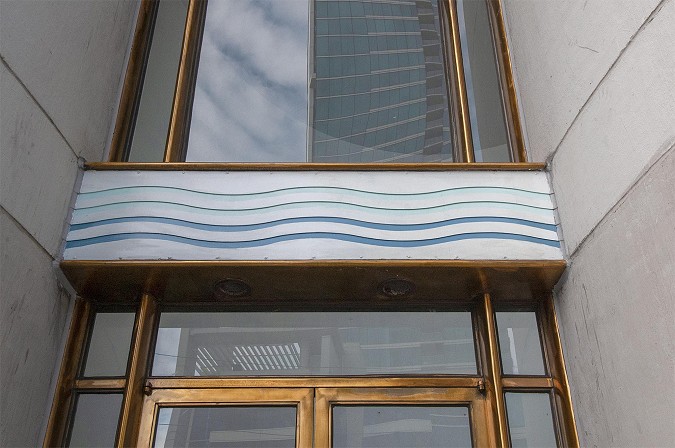 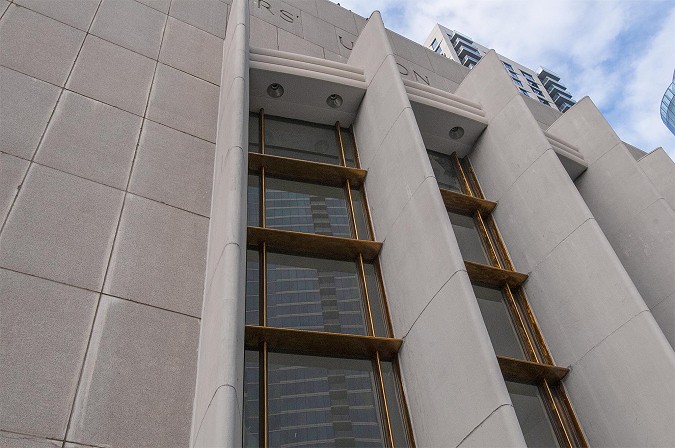 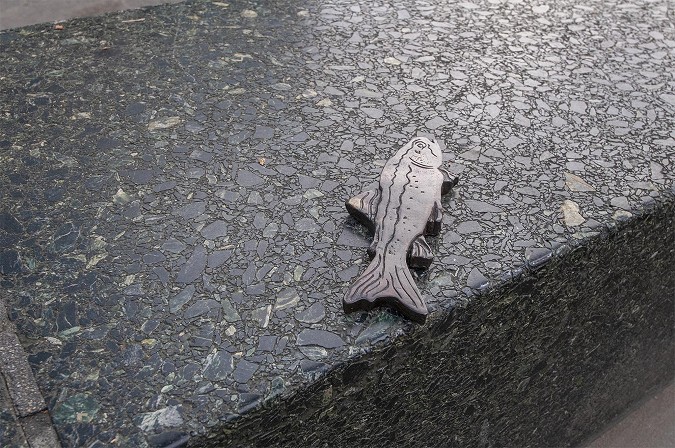 Couched in new luxury condominiums like the Avery are stories waiting to be written by the inhabitants of the East Cut and by the people who walk through this neighborhood. As Tom and I slowly paced around the Sailors Union building toward luxury high rises like the Avery, we discussed the impact of old and new woven together. The East Cut was highlighting for me similar architectural qualities one finds in Manhattan; past and present living together, without fuss, with new buildings honoring what came before their existence. With traditional townhomes side by side with high rises and small single family homes squished in between, the East Cut showcased an impressive and diverse range of architecture within a small space of a city. 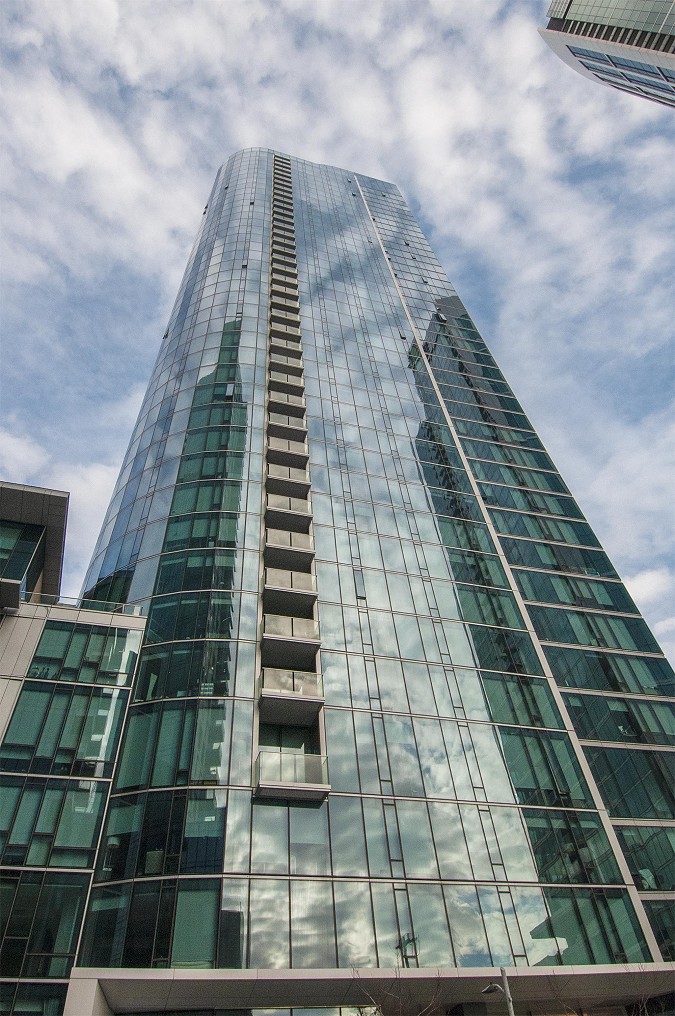 As we stepped into the lobby of the Avery after examining the Sailors Union building, this point was clearer to me: Tom and I were met with a 3D model of the very neighborhood we stood in. Through the mini sculptures available for the public to see and this tiny replica of downtown San Francisco, the Avery outlined a rare consciousness of its place in San Francisco. This model seemed to me a calling for those walking through the doors of the Avery to write the story of this city’s ever changing landscape. The Avery’s radical functionality was already rewriting the story of what a building is for: since the luxury high rise provides an abundance of use, including residential luxury condominiums as well as luxury rentals, commercial space, and entertainment spaces, the inherent construction of the Avery was already redefining what a building can be used for. In a city with limited space, the Avery’s multi use is a creative call for examining how new buildings can communicate with the old architecture and communities that surround them.

Now when I walk, I don’t simply jump aside for crowds to rush past me like I used to do in New York. I pause and examine where I am. Whether on a street corner or relaxing at a cafe, I’m learning that in every place in San Francisco, there is a story waiting. Peeling back the layers of those buildings with Tom allowed me make permission to pursue a more investigative nature of how things are made, how they stay, and how their stories are seen. My hope is that the more I see, the more these stories will open up to me.